Lipari is the largest and most populated island of the Aeolian archipelago. Characterized by rocky shores plunging into the sea. It was named after Liparo, king of the Ausonians who, according to history, was its first ruler. In ancient times it was known throughout the Mediterranean as an important obsidian emporium and for its white pumice caves.

Lipari is the main town and port, lying between the charming Marina Lunga and Marina Corta coves, dominated by the rocky spur where the Castle stands. This 16th century village is built on the site of ancient Greek and Roman lands, protected by huge walls overlooking the sea.

Lipari is the main town and port, lying between the charming Marina Lunga and Marina Corta coves, dominated by the rocky outcrop where the Castle stands , the 16th century village built on the site of ancient Greek and Roman settlements, defended by mighty walls overlooking the sea. 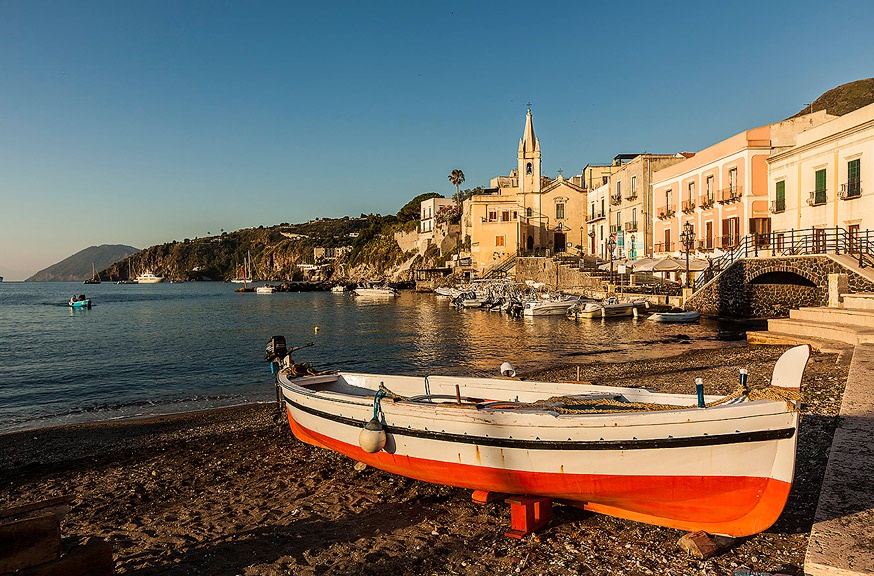 The old town houses the Palazzo Vescovile and the Cathedral of San Bartolomeo, commissioned by Roger il Normanno, a parish church which has jurisdiction over the whole Aeolian archipelago. Destroyed by pirate Barbarossa in the 16th century, later rebuilt with the addition of a magnificent barrel tunnel decorated with 18th century frescoes depicting biblical scenes. The Cathedral holds the precious silver statue of the Aeolian Islands' patron saints and the ‘’U Vascelluzzo’’, a silver relic in the form of a vessel.

Four festivals a year are dedicated to Saint Batholomew, held on different dates, the most important being the one held on August 24th in Marina Corta, gathering a crowd of islanders. The ceremony’s highlight is the procession of Saint Bartholomew's statue and of the U Vascelluzzo, shoulder carried by members of the confraternities, followed by stunning fireworks.

Lcoated in a few of the Castle's buildings, the Regional Archaeological Museum exhibits the Aeolian Islands' prehistoric relics. Artifacts found on shipwrecks and funeral objects from the 6th century BC recovered from the Greek necropolis’ archaeological park located in Contrada Diana, where more than 2,500 tombs have been brought to light. 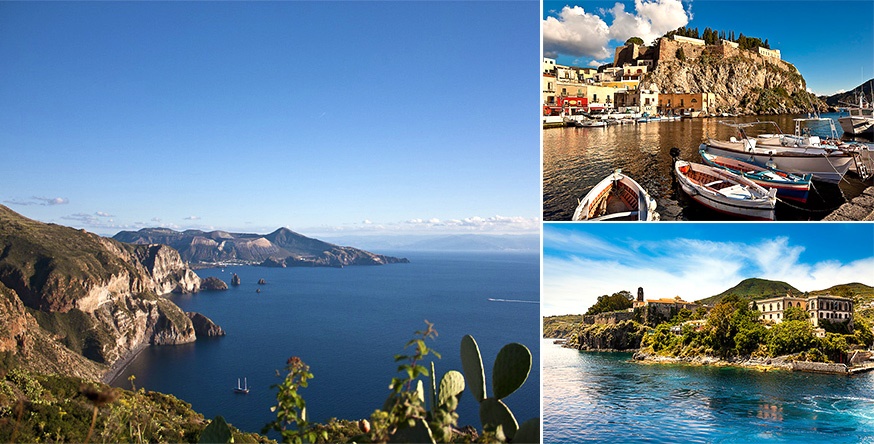 Besides the cultivated lands and the vineyards of Lipari's southern part, you can witness the 19th century thermal baths of S. Calogero, already frequented by the Romans for their sulphurous waters' therapeutic effects. Along the northern coast fishing villages are lined up, beautiful beaches like the ‘’Spiaggia Bianca’’ (White Beach) is a must and nonetheless the impressive flow of obsidian called Rocche Rosse (Red Rocks) and immaculate pumice caves which give the crystal clear sea an extraordinary turquoise color.

The Aeolian cuisine is mostly based on seafood, with specialties such as the ‘’spatula’’ pie and ‘’spaghetti alla stromboliana’’ with capers. Amongs the holiday sweets are the ‘’gigi’’, typical carnival sticks fried in wine, sprinkled with powdered sugar and cinnamon, ‘’vastidduzzi’’, typical of the Saint Joseph's feast, with almonds and raisins, and ‘’spicchiteddi’’, made out of mulled wine, cloves and cinnamon.