Aeolian archipelago's second largest island, Salina is the greenest and the most fertile, partly covered with vineyards producing the sweet Malvasia wine and capers exported worldwide, that once were preserved with the salt coming from the coastal salt pond near Lingua, hence the island's name. It's ancient name was Didyme, meaning twin, for it's formed by two mountains, actually extinct volcanic craters, Monte dei Porri and Monte Fossa delle Felci, 962m, the Aeolian archipelago's highest peak. 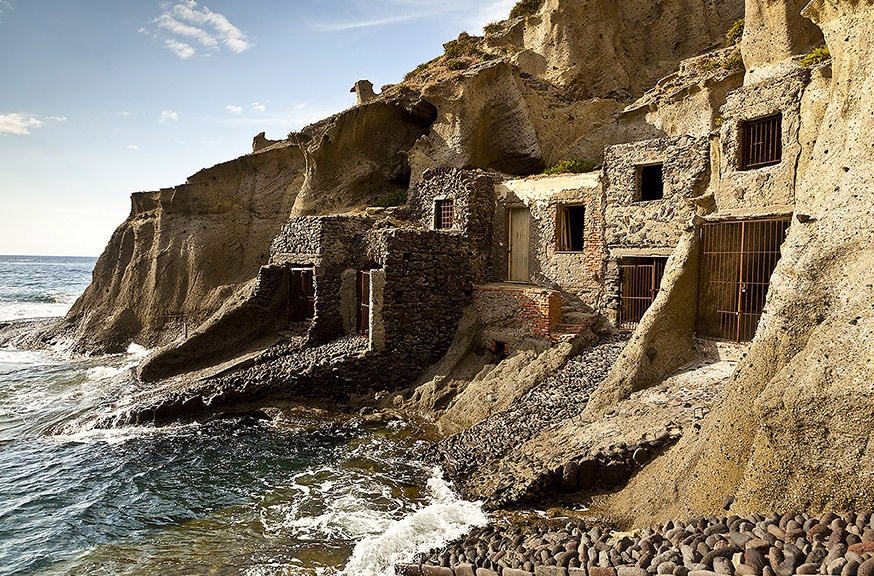 Remains of a fourth century BC settlement inhabited until the Middle Ages stands near Santa Marina Salina, attesting that the island has been populated since ancient times. Actually Salina has always been one of the Aeolian archipelago's most populated islands, often welcoming other islanders fleeing from their lands in the occurrence of eruptions.

Unlike the other islands, forming together the municipality of Lipari, it's divided into three separate municipalities. Santa Marina Salina, the main port, lies on a eastern coast beautiful beach. Malfa, on the northern coast, is famous for hosting the Sagra del Cappero (Festival of the Caper), Aeolian Islands' main produce. Held on the first Sunday of June, the festival is an unmissable opportunity to taste the Aeolian cuisine's specialties while enjoying music and folklore shows. 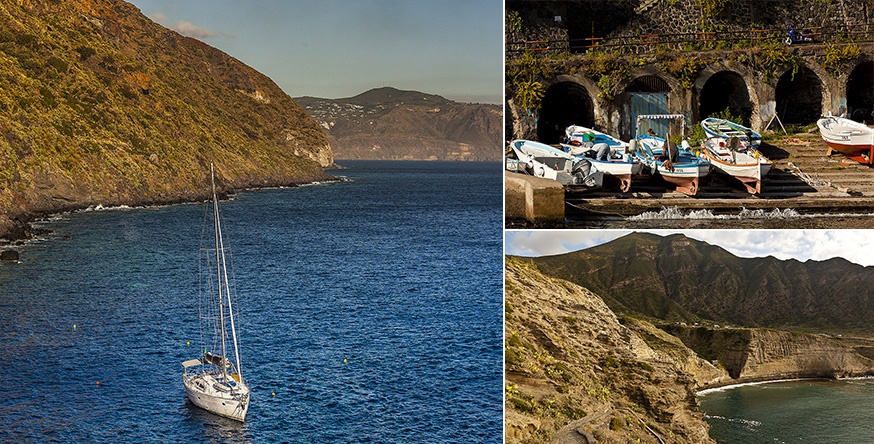 In this part of the island you can also find the beautiful Pollara beach, the location of some shootings of famous Il Postino movie. The edge of an ancient crater sunk into the sea, the bay is a popular destination both for swimmers and divers, attracted by the shallow waters and the impressive underwater rock layers which an ideal habitat for a rich marine fauna.

At the foot of Monte Fossa delle Felci, Leni is home to the 17th century Sanctuary of the Madonna del Terzito, the most important Marian shrine in the Aeolian Islands and a pilgrimage site, especially during the festival celebrated on July 23rd with a procession, a party on the main square and fireworks.