Agrigento is famous all over the world for its Valley of the Temples. It is considered one of the most impressive Mediterranean archaeological parks, also listed as a UNESCO World Heritage Site. Founded in the 6th century BC by settlers from the nearby Gela, who named it Akragas, gained great power and wealth in a very short time, becoming a part of Great Greece. Agrigento is embellished with an unparalleled array of monuments and it was praised by Pindar as "the most beautiful city of mortals". 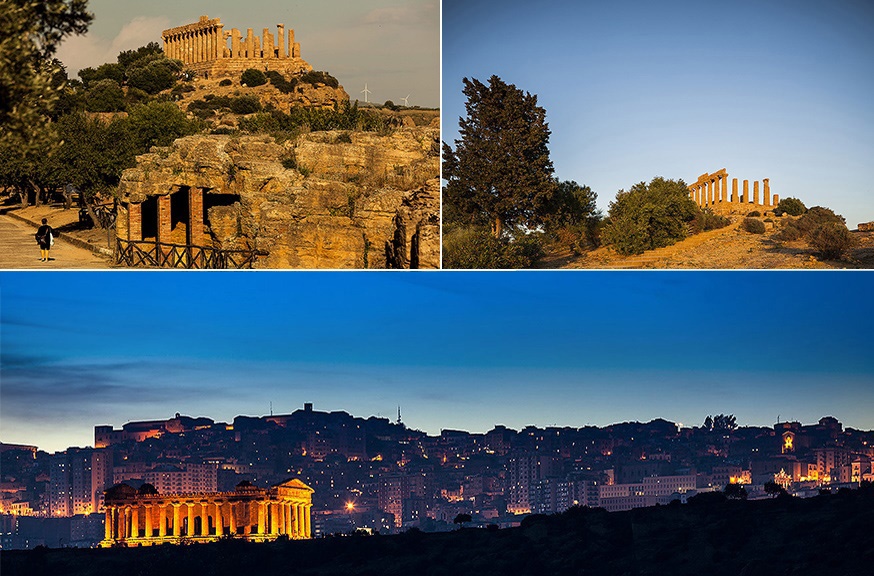 Among the many buildings of the Valley of the Temples, the Temple of Concordia stands out for its perfection and grandeur, preserving its 34 original columns. The magnificent temple of Olympian Zeus is the greatest of Sicily's Greek temples. Built to celebrate the city's victory over the Carthaginians in 480 BC and later partially destroyed. It housed the gigantic ‘’Telamons’’, stone giants over 7 meters high, which are partly re-assembled today on the ground and in the Archaeological Museum of Agrigento.

The 6th century temple of Hercules is probably the oldest one. The temple of Juno stands alone on a hill and in a remote location you will also find the temple of Asclepius which housed one of the famous statues of Apollo. The temple of Pollux and Castor is located close to the sanctuary of the catholic deities.

Artifacts from the Valley of the Temples, including objects found in the surrounding necropolis and the only remained “Telamo” can be seen in the Regional Archaeological Museum, located in a building belonging to the church of San Nicola, near the Oratory of Phalaris, a small temple with an altar placed on a high podium. 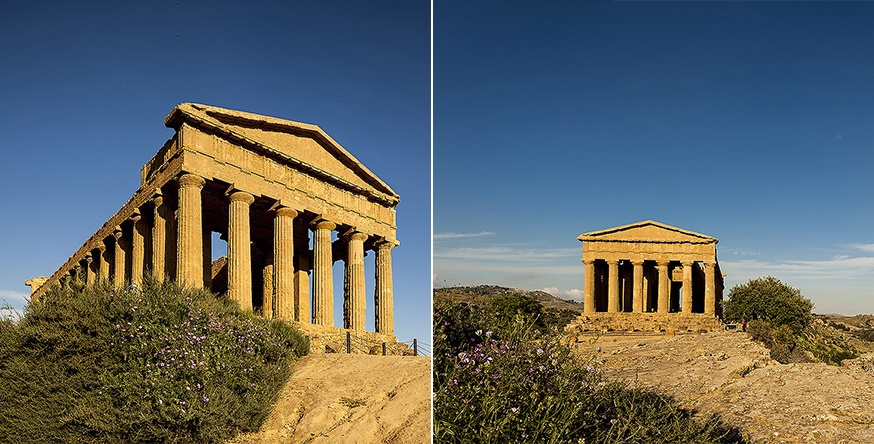 The historic center of Agrigento has preserved its medieval structures. Through its streets you can still witness the antic Girgenti, praised and made famous by the writer and Nobel Prize winner Luigi Pirandello, whose birthplace is located in the Contrada Chaos. Along via Athena, the main street, some of the city’s most important local buildings, churches and historical palaces are lined up. At the top of the hill, preceded by an impressive staircase, stands the 11th century Cathedral dedicated to San Gerlando, flanked by a massive 15th century bell tower, preserving valuable works of artists like Gagini and Mancino.

In the many restaurants and taverns scattered around the old town you can enjoy local, traditional specialties such as the ‘’pasta con le sarde alla Girgentana’’ (with sardines), delicious desserts, such as the sweet couscous, flavored with almonds, walnuts and hazelnuts, and the ''Cucchiddetti'', dry sweets of Arabian origins.