Mount Etna (3340m asl), is Europe's highest volcano and, in terms of volcanology, one of the most interesting in the world. In ancient times it was called Mongibello, from the Arabic word Gebel, meaning mountain and Sicilians still call it simply The Mountain. Alternating long quiet periods to powerful eruptions, it's considered an active volcano by scientists. Its fifty kilometers deep chimney feeds on and off four summit mouths: the central crater or Voragine, the north-eastern crater, the Bocca Nuova and the new south-eastern crater. Although it is estimated that the inactive craters and mouths scattered along the mountain's sides sum up to a few hundreds. 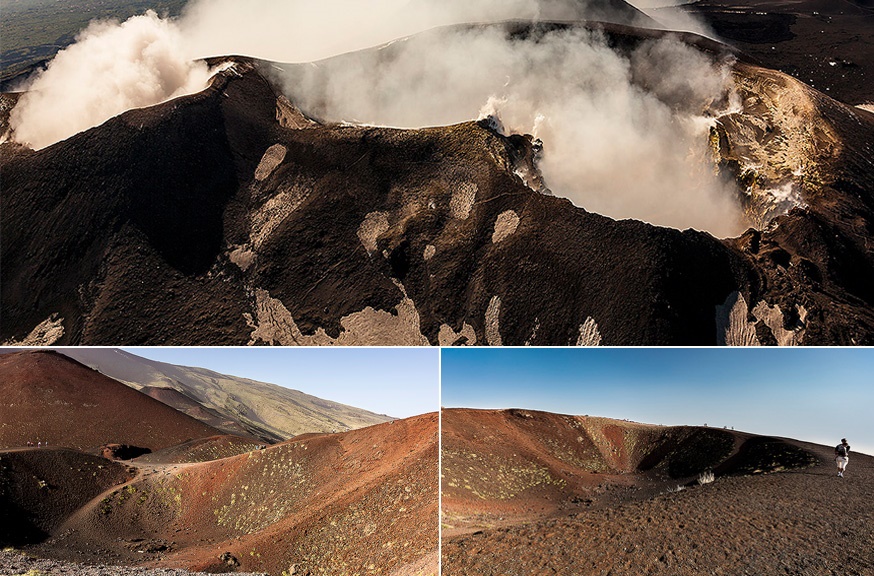 Since 1987 the Natural Regional Park of Etna preserves Europe's most important volcano, declared a Natural World Heritage Site by UNESCO in 2013. The protected area approximately covers 60,000 hectares, that include both recent lava flows, on which there are no forms of life or vegetation, and ancient lava flows that instead are covered with forests of beech, birch and thick pine forests. Piano Provenzana, on the north side near Linguaglossa at 1,600 meters, and Rifugio Sapienza in Nicolosi are popular starting points for hikings and off-road trails to the summit craters.

Valle del Bove, a vast depression several kilometers long, lies on the volcano's eastern slopes. It's surrounded by lava walls up to 1000 meters, presumably formed by a crater's collapse in ancient times. The many Etna Park's caves are considered of great geological interest. Known since ancient times, some of them were used in the past as neviere, sort of rudimentary icehouses where snow and ice were kept for long periods. 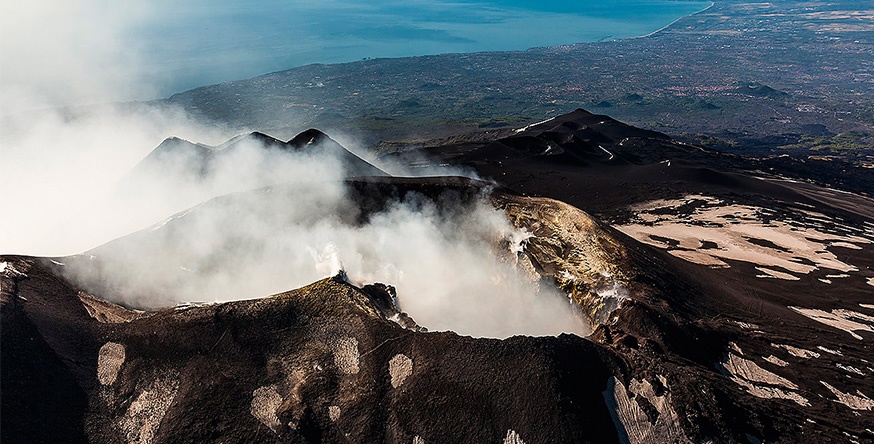 Despite large mammals have long gone extinct in the Etna area, the volcano still provide habitat for a vast array of animals, such as foxes, martens, hares, rabbits, wild cats, weasels, hedgehogs and dormice. At high altitude hover sparrow hawks, buzzards, kestrels, peregrine falcons and golden eagles. While in the oak and chestnut trees forests thrive jays, rock partridges, cuckoos and other songbirds.

A ride by train is a truly fascinating way to discover the Etna area. Century old Circumetnea, the local narrow-gauge train, carries out regular daily departures from Catania, linking the villages scattered on the volcano's slopes, winding through vineyards, lemon fields and little towns rich in history and characteristic lava buildings.