The province of Agrigento stretches along Sicily's south-central coast, bounded in the north by the Sicani Mountains, in the east by the Salso river and by the Belice river in the west. It also includes the Pelagie Islands, Lampedusa, Linosa and Lampione,

among the last Mediterranean nesting sites of the loggerhead turtle (Caretta caretta).

Inhabited since prehistoric times, this part of Sicily reached its peak during the Greeks' rule who founded Akragas in the 6th century BC. Enriched with magnificent temples and shrines, soon it became the most magnificent city of Greater Greece.

Evidence of this ancient splendor can be admired in the Valley of the Temples, near Agrigento, an outstanding Archaeological Area listed in the UNESCO World Heritage Site list. 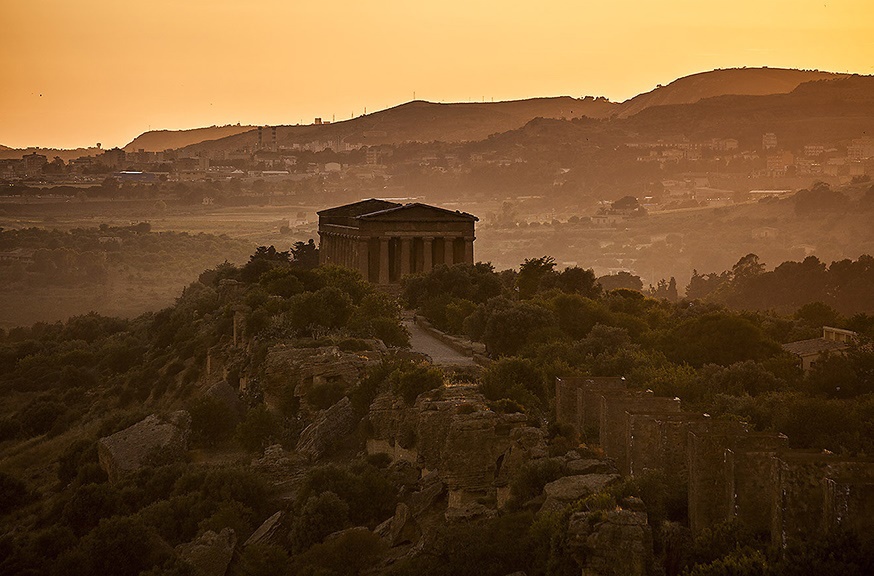 The Valley of the Temples is the amazing location for the Almond Blossom Festival and the International Folklore Festival, held in February, when almond trees blossoms, with music, dances and food tastings.

Caltabellotta, Sant'Angelo Muxaro, Realmonte and Eraclea Minoa, near Cattolica Eraclea, are other interesting archaeological sites. Sixth century BC Selinunte's remains of houses, theater and Hellenistic necropolis lie on a plateau near Capo Bianco.

Located in the inland of the province of Agrigento, the Sicani Mountains Park includes four natural reserves, the Palazzo Adriano Mountains, the Sosio Valley, the Carcaci Mountain, the Mount Genuardo and the Mount Cammarata Natural Reserves. The area is characterized mainly by holm oaks and downy oaks forests and boasts over 700 species of flowers. 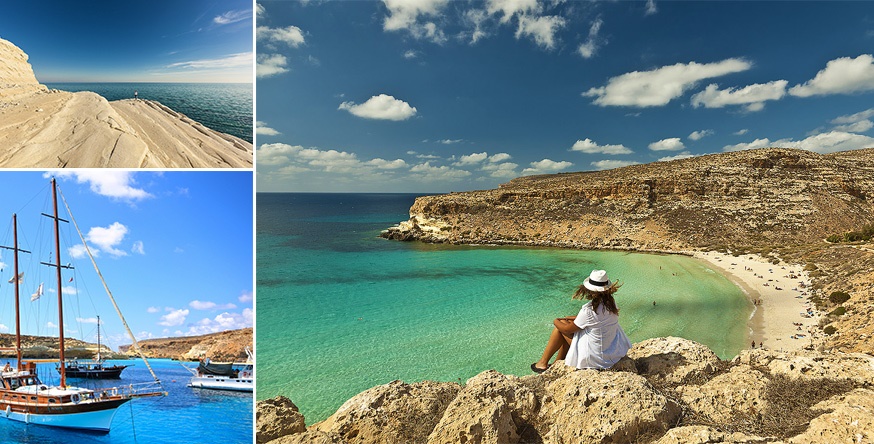 Other natural reserves protect the ecosystem at the mouth of the Platani river, the Belice river and the Pelagie Islands. A very fascinating site is Siculiana's natural reserve of Torre Salsa, about 6 km of unspoiled nature sand dunes, beaches and rocky cliffs where peregrine falcons, kestrels and buzzards nest.

Typical food mixes ingredients from land and sea, coming from the extended local crops, like peaches from Bivona and oranges from Ribera. A local specialty is the ''caponata'', a mix of fried vegetables seasoned with tomato or sweet and sour sauce. ''Pasta con le sarde'' (with sardines) is the most popular starter. Almonds make for the main ingredients of holiday cakes, such as ''cucchiteddi'', biscuits filled with ''cucuzzata'' (canned pumpkin) and Easter lambs, made of almond paste and stuffed with pistachio.

Valley of the Temples and Villa del Casale

Per Person - Room Only