The province of Catania is among Sicily's largest and most populated. It's bordered by the Ionian Sea in the east, the Nebrodi Mountains in the west, the river Alcantara in the north and the Hyblaean and Ereian Mountains in the south.

The province's landscape is dominated by the imposing Mount Etna, currently 3,340m asl high, Europe's tallest active volcano. Inscribed by UNESCO in the Natural World Heritage Site list, it is within the protected area of the Regional Natural Park of Etna, which includes twenty municipalities scattered on its slopes. Mount Etna's plant landscape is distributed over three different altitude belts of vegetation. In the lower areas, from the coast up to an altitude of 1,500m asl, citrus crops, almonds, pistachios, olives, pits grow and the first forests of holm oaks, chestnuts and oak trees. Between 1,500 and 2,000m asl there are beech, birch and bushes of broom; while at higher altitudes, lava deserts and some areas of sparse vegetation can found. 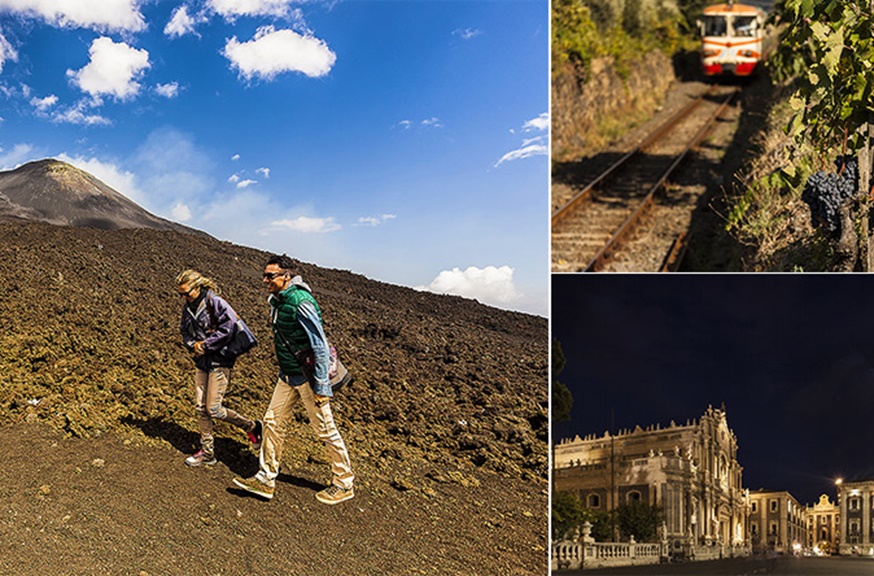 At the foot of Mount Etna lies the Plain of Catania, Sicily's most extended flat area, crossed by the Simeto, which form with its tributaries the largest river basin in the region. The Natural Reserve Oasi del Simeto was established to protect the river's mouth as it flows into the Ionian Sea. It is a fascinating wetland, providing a stopover and nesting place for migratory birds. Other natural reserves protect the Fiumefreddo river, the Timpa and Lachea Island and the Islands of the Cyclops, all scattered along the Ionian coast.

The area was inhabited since ancient times. Catania was one of Sicily's oldest Greek colonies and still preserves important archaeological Roman remains, including an amphitheater, a theater and the Odeon. Neolithic remains can be seen in the Adrano's archaeological area, where burials dating back to the Bronze Age were also found.

Norman castles, towers and ramparts can be seen in the villages that thrive on the slopes of the volcano, such as Adrano, Castiglione di Sicilia, Motta Sant'Anastasia, Paternò, Aci Castello, and in Catania too. Elegant Baroque building characterize many historic villages rebuilt after the 1693 earthquake that destroyed much of south-eastern Sicily. Three of them, Catania, Caltagirone and Militello Val di Catania, have been included within the Val di Noto Unesco World Heritage site. 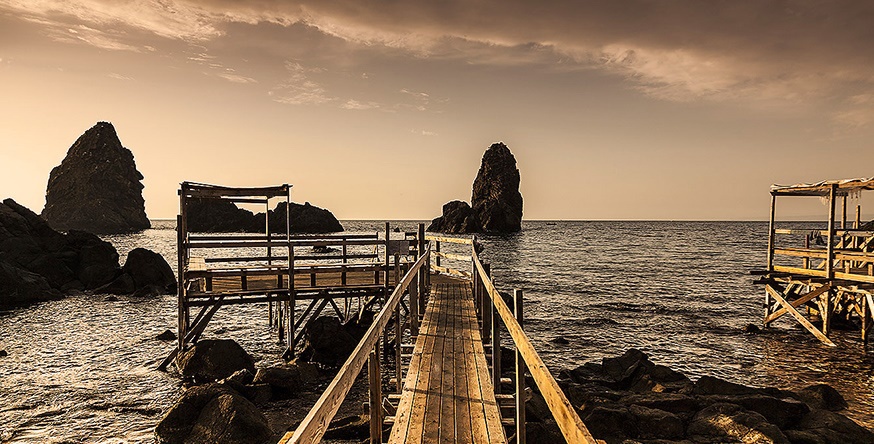 The most famous dishes of Catania's cuisine are pasta alla Norma, with tomato sauce, fried eggplant and ricotta, eggplant parmigiana, caponata with various vegetables and tomato, arancini (rice balls stuffed with meat sauce and peas), scacciate (buns stuffed in various ways). Among main courses, sarde a beccafico (stuffed sardines), grilled fish and roasted pork sausage are quite popular too. Desserts range from cannoli with ricotta or chocolate cream to paste di mandorla (almond paste), marzipan fruits and flavored granita, that in combination with a pastry makes for a delicious summer breakfast.