Pelagie Islands are Italy's southernmost archipelago. Their Greek name meaning "open sea islands", they are situated in south-western Mediterranean sea, about 200 kilometers south of Agrigento, closer to Africa than to Sicily.

Althought the small islands of Lampedusa, Linosa and the two uninhabited islets of Lampione and Conigli are united by geography, actually they are very different geologically.

Part of the Tunisian limestone plateau, Lampedusa and Lampione belong to the African continent. While Linosa is the tip of a submerged volcano originated from the fracture that separates Sicily from Tunisian platform. Strategically located along Mediterranean routes, Pelagie Islands were inhabited by Greeks, Romans, Arabs, Bourbons, but have also been long uninhabited. 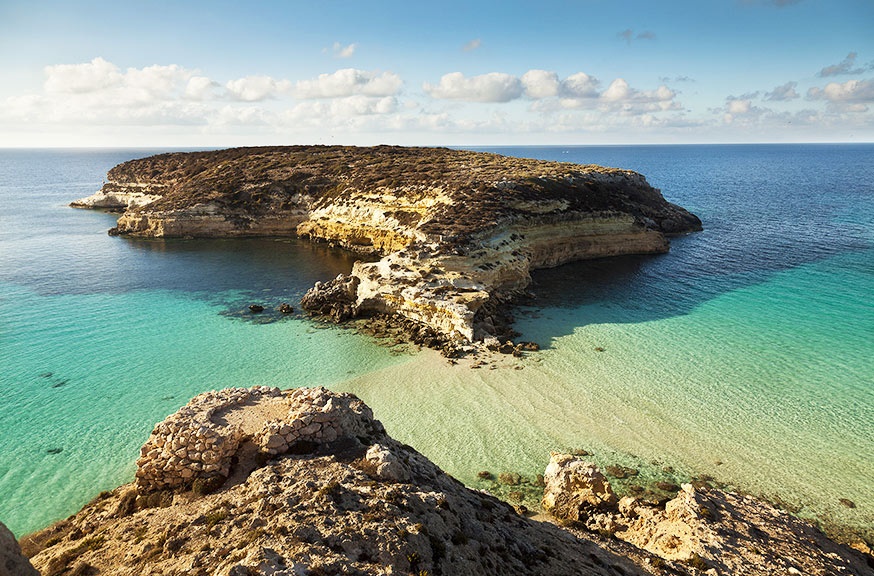 Lampedusa is the largest island. Its 20 square kilometers are partly enclosed within the Isola di Lampedusa Natural Reserve, established to protect its natural environment, boasting unique, rare flora and fauna originating from northern Africa. The reserve also includes Isola dei Conigli and its beach, one of the last places in the Mediterranean sea where the loggerhead sea turtle spawns.

Sea turtles also nest on Cala Pozzolan's beach in Linosa, second largest of the Pelagie Islands, protected by the Isole di Linosa and Lampione Nature Reserve. Its volcanic origin is evidenced by some extinct craters and dark lava rock shores. 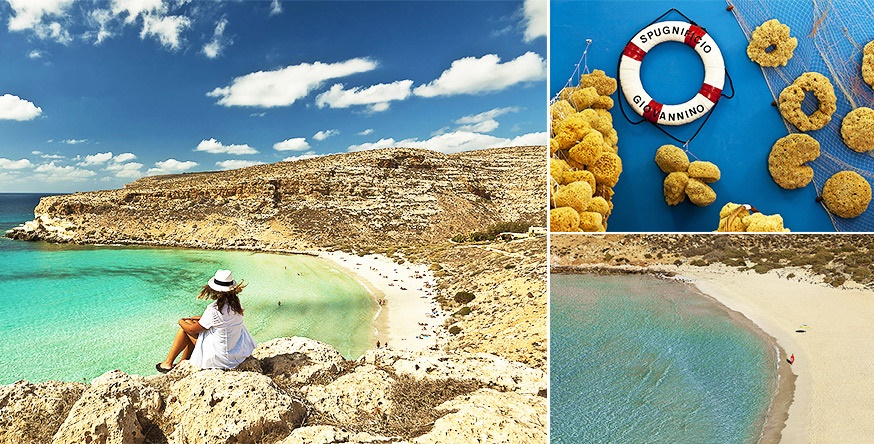 Only a few meters from Lampedusa's southern coast, Isola dei Conigli looks rough and rocky, but it's of great natural interest due to its environment.

Barren and uninhabited is also the limestone Island of Lampione, which owes its name to a lighthouse. The westernmost of the Pelagie Islands' surface measures less than one square kilometer and it's mainly a staging base for migratory birds.

Much of the archipelago's seabeds, which have the unique characteristic of belonging to distinct continental shelves, African and European, are part of the Marine Protected Area Pelagie Islands. The reserve is a real paradise for divers, preserving an unspoiled, lively marine environment, inhabited by many fish, such as grouper, sea bream, moray eels, lobsters, scorpion fish, in addition to rare turtles and dolphins.