Marettimo is the westernmost part of the Egadi Islands and the most distant from Sicily's coast. Ancient Greeks called it the Hierà, meaning “the sacred island”, while the current name derives from the huge amount of thyme by the sea. Looking like a dolomitic limestone mountain rising from the sea, it enjoys a natural heritage of some 500 plant species and many fresh water springs. Monte Falcone (700m) is its highest point and its rocky ravines are home to several bird species such as kestrels, buzzards, peregrine falcons and Bonelli eagles. 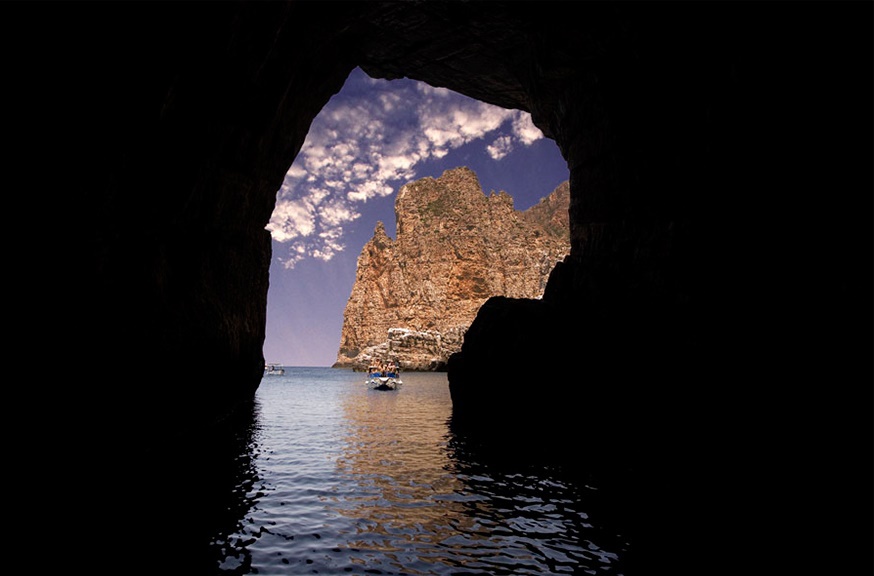 Remains of an imperial age outpost have been found near the fishing village of Marettimo, the only one on the island. Ruins of an ancient Norman fortress overlook the sea at Punta Troia, used as a prison during the Bourbon era, where the Italian patriot Guglielmo Pepe was also imprisoned.

Beautiful marine caves, like ‘’del Camello’’, ‘’della Bombarda’’, ‘’del Tuono’’ and ‘’del Presepio’’, some of them accessible only by sea, shelter on the rocky coast, characterized by steep walls. The Isole Egadi Protected Marine Area holds a great number of diving spots throughout the island’s waters, which makes it a perfect destination for diving enthusiasts. 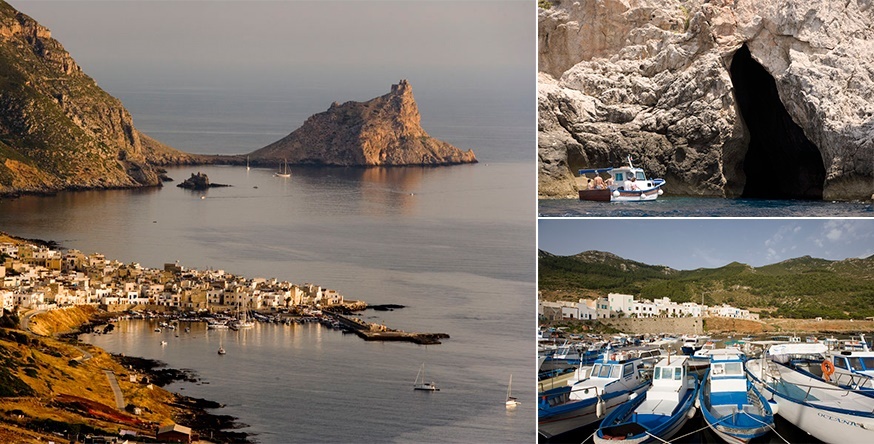 Marettimo's small village streets burst into life during the feast of San Giuseppe, the island's patron saint, culminating in a traditional procession of the saint's statue. Celebrations begin on Christmas Eve with a local ritual, igniting three bonfires which represent the Holy Family. A grand banquet is organized on the next day in the square, with villagers bringing dishes and sweets like ‘’cubbaita’’, Sicilian almond nougat and honey, and ‘’cassatelle’’ with ricotta cream.