Enna is Italy's highest provincial capital, lying at 931m above sea level. It was supposedly founded by Sicani, then to be colonized by the Greeks who built the temple of Ceres, in ancient times known all over Sicily. The remains of the Castle of Lombardia date back to the prosperous Norman reign. You can admire the ruins on the old town's highest point, where the ancient acropolis used to stand. 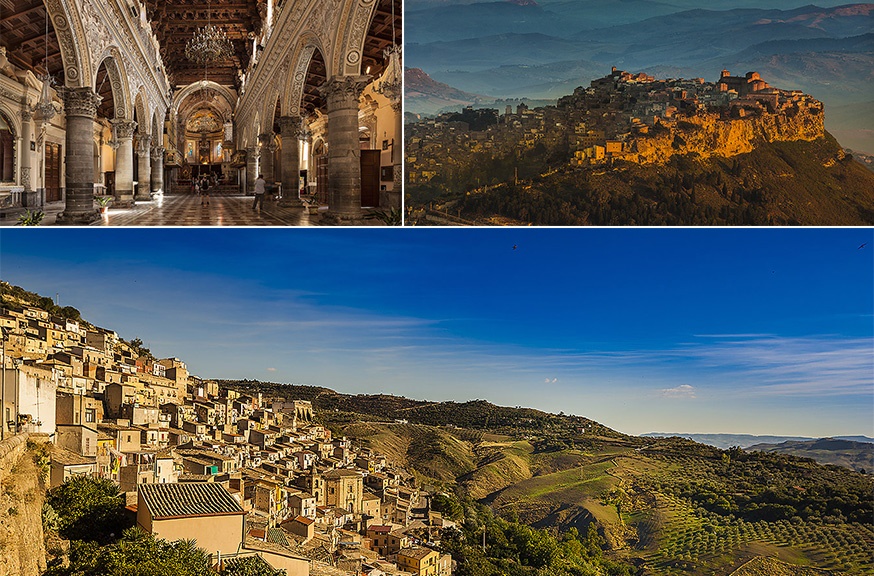 For its strategic location in Sicily's geographical center, it was considered one of the island's most impregnable fortresses. Reinforced and embellished by Frederick II of Aragon, the castle winds around three large courtyards, culminating with the Torre Pisana, a terrific vantage point boasting with a view stretching from Madonie to Mount Etna. Standing alone surrounded by a garden, the Swabian Tower of Frederick II was the Emperor's summer residence.

The splendid Baroque church of the Anime Sante and of San Marco houses a magnificent 17th century gold-plated altar. The 14th century Cathedral commissioned by Eleonora of Aragon is definitely the most representative religious building. Rebuilt after a devastating fire, it is a mix of different architectural styles, from Gothic to Baroque with a beautiful wooden ceiling, stucco, sculptures, paintings and many more decorations.

These precious jewels enlight the statue of Madonna dell'Annunziata (Our Lady of the Visitation) on the patron saint's feast celebrated on July 2nd each year. Barefoot devotees carry the Virgin's golden statue on their shoulders in a festive procession up to the church of Montesalvo.

The cathedral is also the centerpiece of the Settimana Santa (Holy Week) celebrations, ending on Venerdi Santo (Holy Friday) with the procession of the statue of the deceases Christ and Our Lady of Sorrows, accompanied by hooded members of the confraternities. 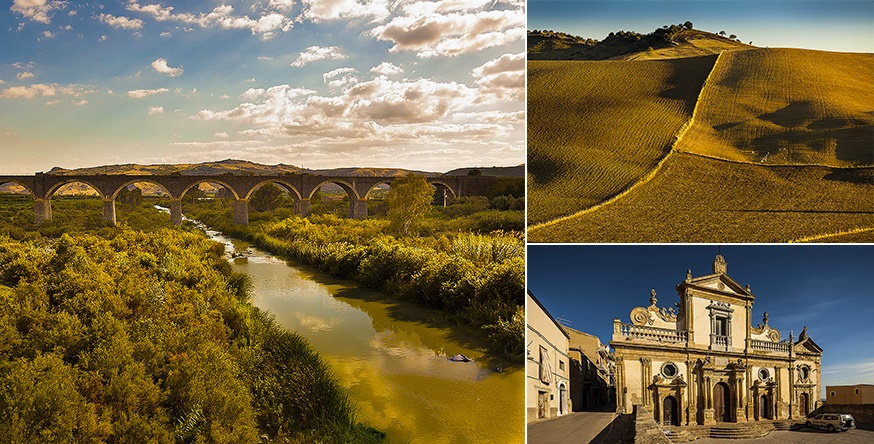 Among the products of the magnificent Sicilian cuisine the ''piacentino ennese'' stands out as a winner. PDO cheese made from sheep milk with saffron which gives it an unmistakable yellow-orange color. Traditional holiday dessert is the ''cassatella di Agira'', bred crescents stuffed with a mixture of various ingredients such as cocoa, almonds and lemon zest.