Messina is a modern seaside city on Sicily's northeastern tip, being totally rebuilt according to modern urban criteria following the devastating 1908 earthquake. However it preserves some historical fine buildings, including the Norman Cathedral housing beautiful 14th century mosaics. The bell tower boasts a famous animated clock, that at the stroke of 12 o'clock, noon gives life to a series of statues depicting the days of the week, the months, the planets, scenes of religious episodes and of the city's history. 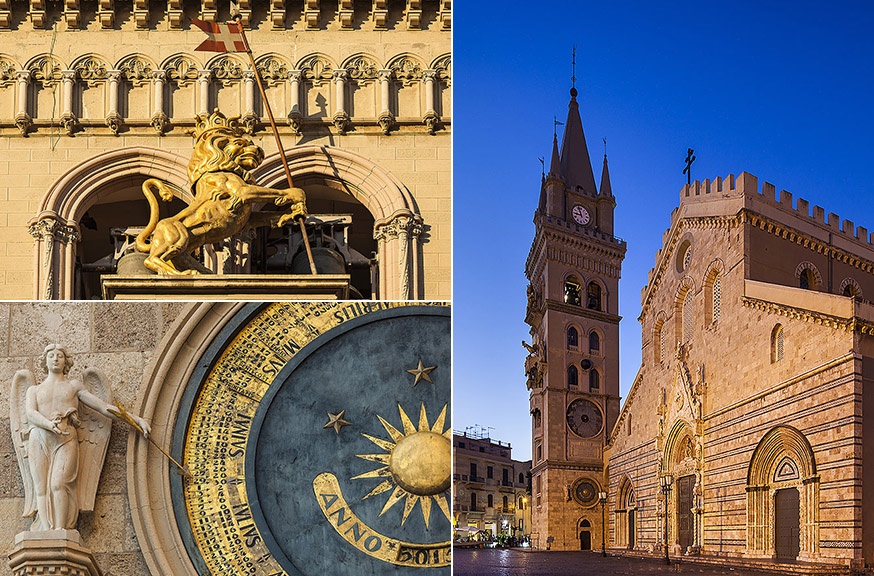 The Norman church of SS. Annunziata dei Catalani, probably standing on the ruins of one of Neptune's temples and boasting an impressive Arab-Byzantine interior, was founded in the 12th century and later passed to the Catalan courtiers in the wake of Peter of Aragon, hence its current name.

S. Maria degli Alemanni, Sicily's only Gothic church, was built in the 13th century, ordered by the Teutonic Knights, founded in Messina by Frederick II of Swabia. On the town's outskirts stands the Badiazza, remains of a 11th century Benedictine monastery standing close to the medieval church of S. Maria della Scala, where a miraculous image was long kept, unfortunately gone lost during the 1908 earthquake.

In the Strait of Messina the seafaring tradition of fishing for swordfish is practiced, one of Messina cuisine's most important ingredient, cooked in several ways: ''alla ghiotta'' with a tomatoes, onions, olives and capers sauce, or grilled seasoned with ''salmoriglio'' sauce based on oil, lemon, oregano and garlic. 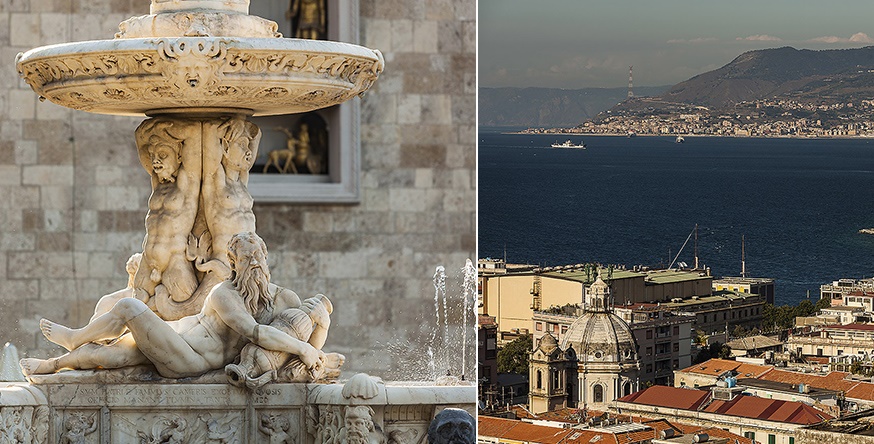 Another popular Messina's dish is the stockfish ''a ghiotta alla messinese'', having dried cod as its main ingredient, imported to Sicily by Normans from Northern Europe in the 11th century. Pignolata is a delicious dessert, covered with white lemon icing and dark chocolate. Once it used to be the typical Carnival dessert, while today it is being produced all year long.

The city celebrates its foundation in mid August every year, with a three day long feast culminating with the re-enactment of the Giants Walk, two huge papier-mâché statues depicting Messina's founders, beautiful Mata and moor Grifone, carried through the city accompanied by folk groups. The feast ends with the procession of the Vara and fireworks.