White sand beaches and crystal clear sea, Lampedusa makes one think of the tropics. This is also a merit of its location, more closer to Tunisia than Sicily, it is almost an African Island. Together with Linosa and the islets of Lampione and Dei Conigli, they form the archipelago named Pelagie or the "open sea islands". Due to its strategic location along the Mediterranean routes, it was fought over by the Phoenicians, Greeks, Romans, Arabs and Carthaginians. Lampedusa was long uninhabited until the middle of the 19th century, when it was repopulated honoring the will of Ferdinand II of Bourbon, the King of the Two Sicilies. 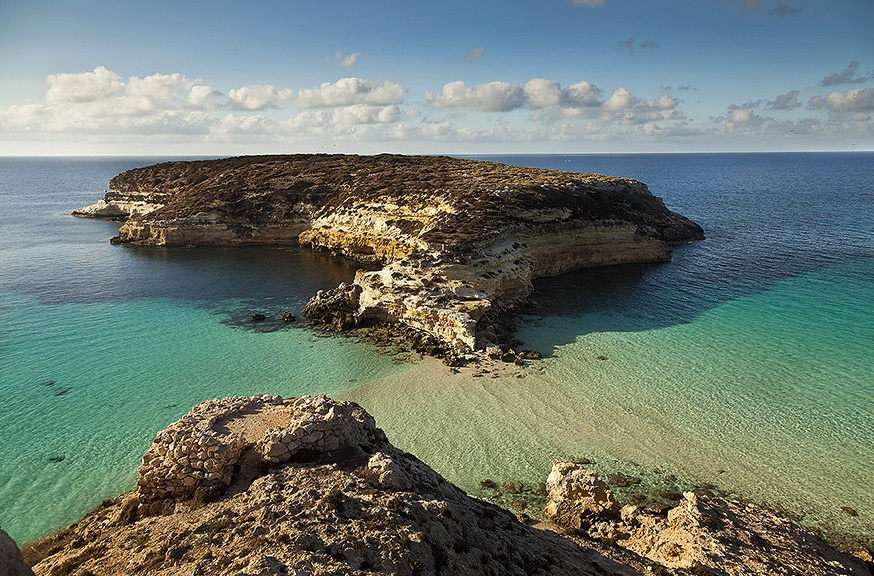 Its main attractions are the amazing beaches along the southern and eastern coasts, including the famous beach Dei Conigli. It is among the last places in Italy where the endangered loggerhead sea turtle nests. With the aim of protecting this unique site and to also safeguard rare flora and fauna, such as peregrine falcons, Eleonora falcons, kestrels and many more, the Isola di Lampedusa Natural Reserve has been established.

The bays of the southern coast is frequented by sailors, because they offer refugee from the winds. The northern coast is characterized by its cliffs overlooking the sea and unlike the south coast, it is rather rugged and difficult to access. The lighthouse on Capo Grecale, a reference point for sailors passing through the Channel of Sicily, marks the island's northern tip. The waters of the archipelago, which reenter the Protected Marine Area of Lampedusa, are very clear giving you the chance of witnessing diverse marine life even in shallow waters. Dolphins and razorback whales can be easily spotted and it is a popular destination among divers and snorkelers. 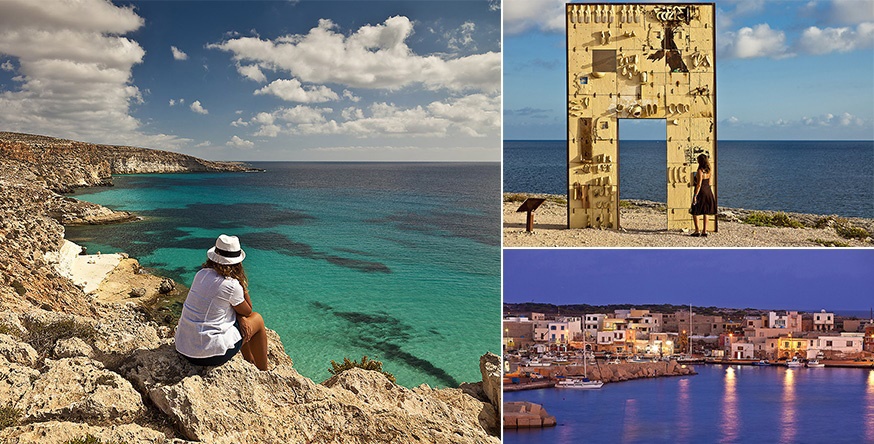 A statue of the Virgin Mary is worshipped at the Shrine of Porto Salvo. According to the legend, the statue arrived on Lampedusa during the Crusades, brought by Knights Templar, who got shipwrecked returning from the Holy Land. Since then, Madonna di Porto Salvo is worshipped as the patron saint of shipwreck victims and fugitive slaves. It is celebrated on the first Sunday of September with a procession carrying the statue from the shrine to the parish church, where it remains until the 22nd September, the feast day of Madonna di Porto Salvo.

Lampedusa's cuisine is mostly based on seafood. Couscous di cernia, is the most typical dish but you can also enjoy a delicious red snapper prepared with the original Lampedusan recipe, and stuffed squid. Among starters, give a try to the ‘’bucatini’’ with ragù and linguine seasoned with squid ink.