Ragusa is the capital of Sicily's southernmost province. The city was devastated by the 1693 earthquake and then largely rebuilt, with a new settlement named Ragusa Superiore (Upper Ragusa) lying in the plain and Ragusa Ibla standing on a hill, on the site of ancient Hybla Heraia. Enlisted by UNESCO as a World Heritage Site as one of the “cities in the Val di Noto”, the old town boasts gorgeous churches and elegant buildings, including the Zacco, Cosentini and Sortino-Trono palaces, embellished by typical carved corbels supporting large balconies. 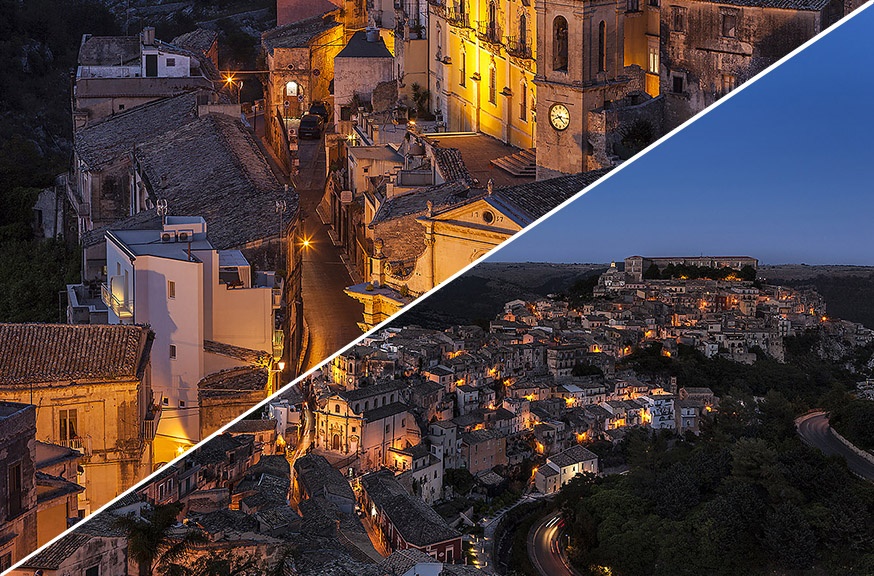 A monumental staircase, surrounded by an imposing wrought iron gate, gives access to the Cathedral of San Giorgio by architect Gagliardi, a true hyblean baroque masterpiece.

Saint George's feast is celebrated on May's last Sunday with a procession of the equestrian statue of the saint who defeated the dragon.

The Hyblean Garden is a quiet area with panoramic views on the surrounding mountains, a green oasis enclosing the three churches of San Giorgio Vecchio, Cappuccini and San Domenico with a majolica bell tower.

The church of Santa Maria delle Scale (St. Mary of the Steps), located in Ragusa, is accessed by an impressive 242 steps staircase, hence its name. The main monument in the Upper Town is the eighteenth century Baroque Cathedral of San Giovanni Battista, boasting richly decorated chapels. The patron saint's celebrations are held on August 29th, day of his martyrdom, with the Processione di Ceri (candlelight procession) in the wake of the saint's statue and the Holy Ark.

In a large park out of town stands the Castello di Donnafugata, a huge summer baronial mansion whose name translate roughly as “the fugitive woman”. It can be visited, as part of the first floor's 122 rooms and lounges, included the magnificent Salone degli Specchi (Hall of Mirrors), open to the public. 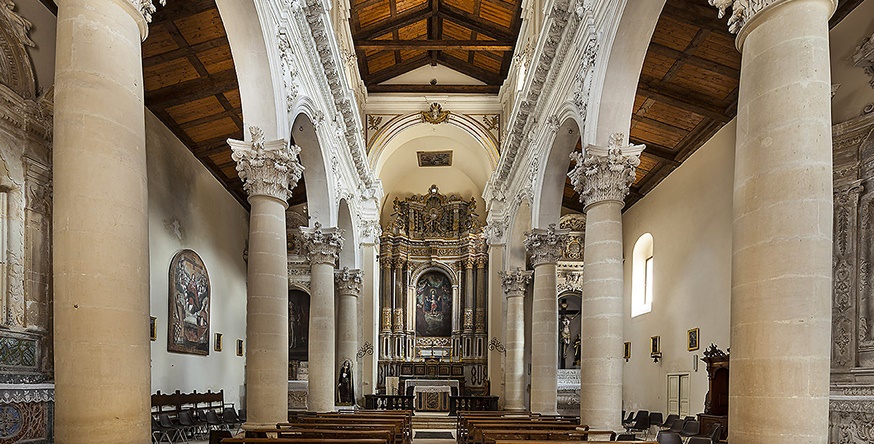 The local main produce are the renowned caciocavallo ragusano DOP cheese and ricotta, Ragusa's gastronomy main ingredient, as it's used to make ravioli ragusani, scacce, kind of buns stuffed with cheese and vegetables, sfogghiu, sort of millefeuille stuffed with ricotta and sausage, and cannoli.

Since the fifteenth century, Ragusan embroiderers are renowned for their fine embroidery, a traditional ancient technique handed down in the province of Ragusa for the production of trousseau and fine vestments.