Syracuse was Sicily's most powerful Greek city and for its archaeological, artistic and environmental peculiarities it's listed as a UNESCO's World Heritage Site.. The Neapolis Archaeological Park retains considerable evidence of its heyday, such as the huge 5th century BC Greek Theater, Greater Greece's most imposing monument, nowadays hosting Greek authors' famous tragedies and comedies. 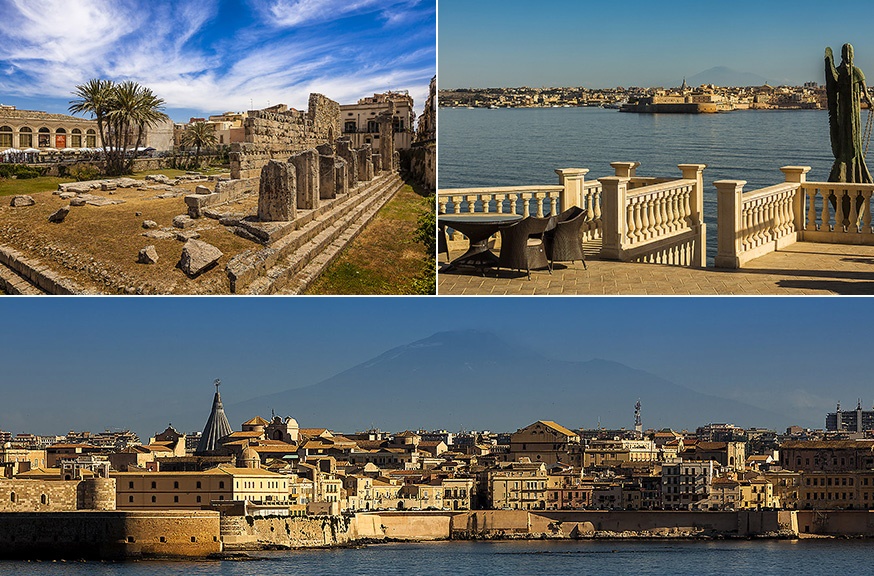 Very impressive are also the Roman amphitheater, almost entirely carved from the rock, and the Altar of Hieron II, used for public sacrifices to gods. The stone needed for their construction was extracted from the Latomies, a system of caves and tunnels used as quarries and later on as a prison. Among them is the Orecchio di Dionigi (Ear of Dionysius), so named for its human ear-shaped entrance and its dramatic acoustics.

The Temple of Apollo, considered the oldest Doric monument in Sicily, stands on the islet of Ortygia, the site of the Greeks' first settlement. Nowadays, some of the Doric columns of the 5th century temple of Athena, commissioned by tyrant Gelone, are embedded in the baroque cathedral built after the 1693 Sicily's earthquake. 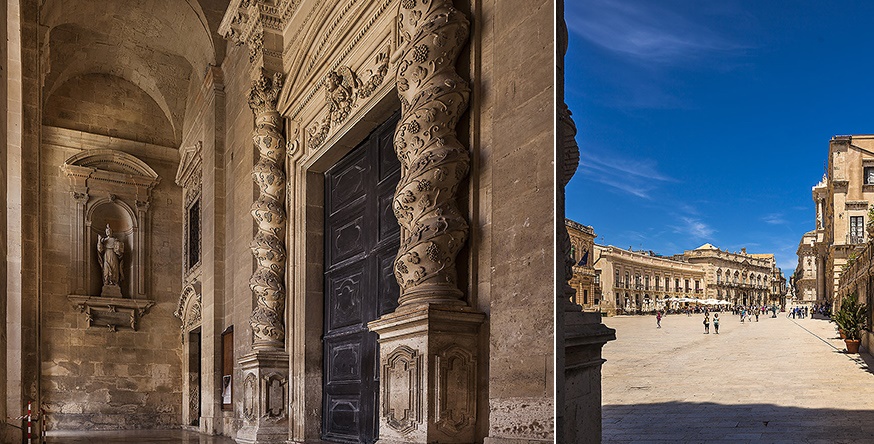 On the waterfront stands the Fountain of Arethusa, where according to a legend nymph Arethusa turned into a fresh water spring in order to escape god Alpheus.

Syracuse's craftsmen handed down through generations the art of making papyrus from the plant thriving on the banks of Fonte Ciane. Papyrus cards decorated by local artists with views of Ortygia and of ancient archeological monuments make for a nice souvenir.

from the Cathedral to the Basilica of Santa Lucia and to the saint's tomb and back.