San Vito Lo Capo is a pleasant seaside resort set at the foot of Mount Monaco, in a beautiful bay at the northern tip of the Gulf of Castellammare, between the Zingaro Nature Reserve and Mount Cofano. 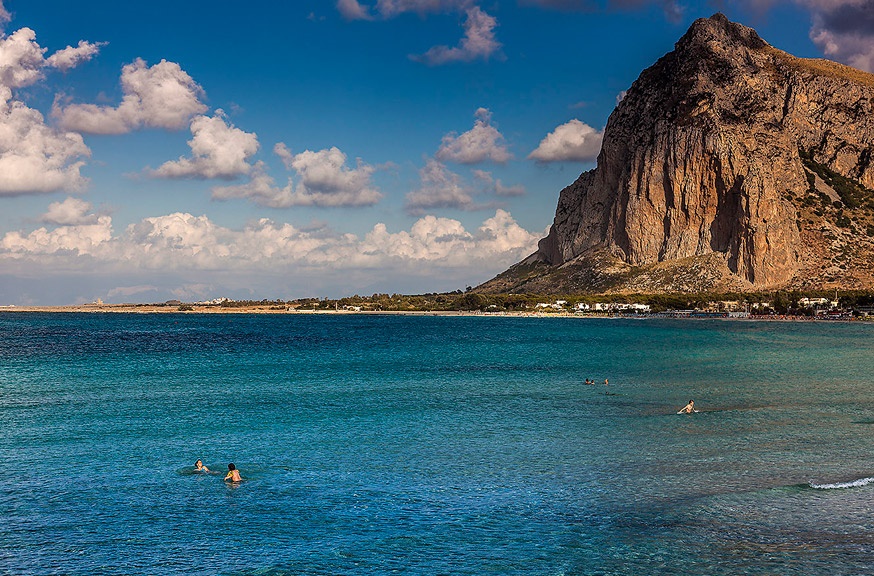 According to tradition, San Vito, the town's patron saint, took refuge in the village in the third century BC, fleeing persecution underway in Mazara del Vallo and performing many miracles during his stay. The town developed in the 18th century around the 14th century saint's sanctuary, a popular pilgrimage site that was fortified to defend pilgrims and devotees from pirate raids.

An Arab-Norman fortress, with walls over two meters thick and topped by a terrace and a lookout tower, the sanctuary houses the San Vito's chapel, lavishly decorated with marble and stucco, preserving a valuable 16th century saint's statue by Gagini. Other objects and sacred art works linked to the cult of the patron saint are exposed in the adjacent museum. 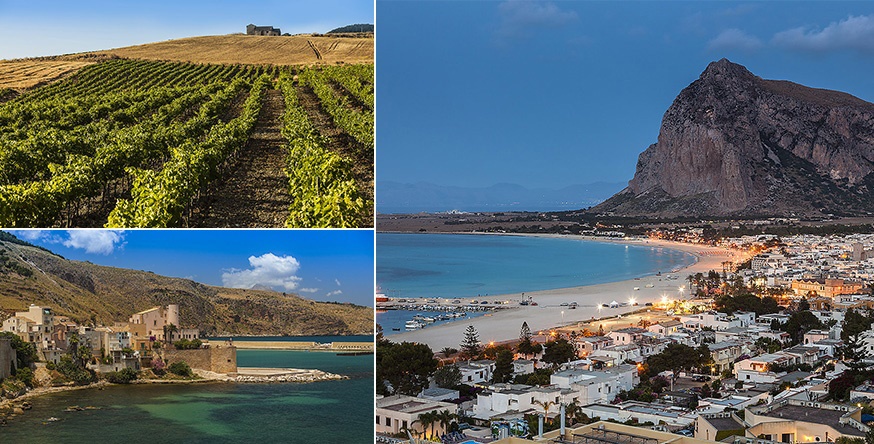 The feast held on June 15th is dedicated to San Vito with the re-enactment of the saint's landing on the beach, accompanied by his tutor Modesto and nurse Crescentia. The statue is joyfully welcomed by fishing boats and carried in procession through the village to the Sanctuary.

To Saint Crescentia, arrived in the wake of the patron saint, a little Arab-Norman chapel is dedicated. Near the port stands the round-shaped Torrazzo, a 16th century watchtower, built to defend the ancient trap ‘’del Secco’’, now abandoned. The sixteenth century Scieri, Mpisu and Isuledda towers dot the coastline, part of an impressive Mediterranean coastal defense system built against pirate attacks.

The cuisine of San Vito lo Capo comes from the fish-rich sea, where abound mullet, white bream, scorpion fish, croaker, cuttlefish, squid, octopus and lobsters. The most famous local specialty is fish couscous, made of steamed semolina and hand-rolled that is celebrated during the Cous Cous Fest, an international food, wine and Mediterranean culture festival held in September, with tastings, performances and a gastronomic challenge among chefs from different countries.