A lively coastal town and port facing the Strait of Sicily, Sciacca is the island's most popular thermal resort, boasting a hydrothermal basin among the most comprehensive in the world. Romans already knew its springs' healing properties and named it Xacca, from Latin ex aqua. Its sulfur springs flowing from a dozen sources are indicated in many disease treatments. On nearby Mount Kronio are the renowned steam caves including the famous San Calogero's stove, a natural hot steam cave, used as a sweat room. 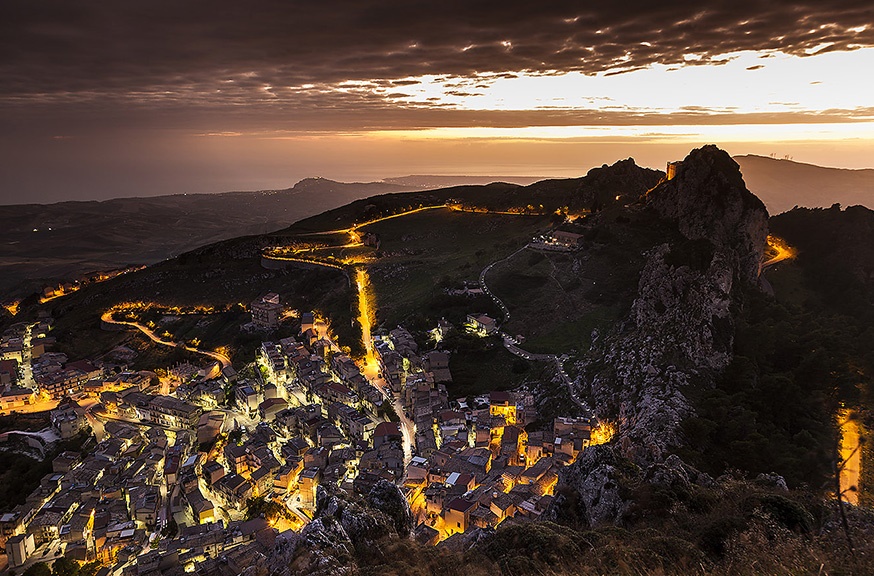 After Romans, Sciacca was ruled by Byzantines, Arabs, Normans and Aragonese, who in the sixteenth century built a defensive massive wall, where is located Porta di San Salvatore, still one of the main gateway to the historic center. It stands opposite the beautiful Gothic-Renaissance church of Santa Margherita, accessed by a beautiful door by Laurana.

A valuable statue of the Madonna della Catena by Laurana and precious sixteenth century art works decorate the Cathedral built by Normans in the twelfth century and dedicated to Madonna Del Soccorso (Our Lady of Help), who freed the city from the plague in the seventeenth century. The miracle is commemorated during patron saint's day, celebrated on February 2nd and in mid August with the procession of the Virgin's statue adorned with gold jewelry, silver and corals. 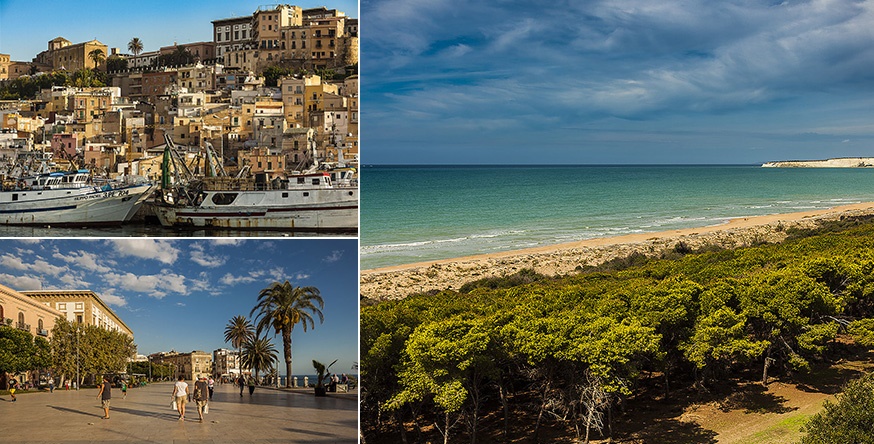 The Carnival of Sciacca is one of Sicily's oldest and most famous, with floats and masked groups parades through the city's streets. It ends on Shrove Tuesday with the bonfire of the Carro di Peppe Nappa, the most famous Carnival's mask.

Sciacca is famous for its pottery, with many ceramists producing and selling decorative objects of common use applying traditional techniques, designs and colors, handed down from generation to generation.

Sciacca's cuisine is mainly based on fish, with many recipes, including pasta con le sarde (with sardines). Another typical specialty is Pizza Tabisca, or Saccense, garnished with tomatoes, anchovies, onion and pecorino. Traditionally desserts have a conventual origin, such as cucchiddetti, almond paste morsels stuffed with cucuzzata marmalade (candied pumpkin), and ova murine, sort of chocolate crepes filled with milk cream.